ETF Revenues are at an All-Time High

On December 3, 2018, the open-to close ratio was 1.45. Generally, this trend stays in that range. However, closures sometimes overtake launches when issuers make bulk announcements in the product line up. On October 18, 2018, the ratio was 1.75 with 290 openings and 166 closures. On March 4, 2019, the ratio went as low as 1.03 when 222 openings were almost overtaken by 215 closures. A 1.50 open-to-close KPI is telling us issuers remain optimistic about new launches and creative ETF ideas.

Revenue Grows to An All Time High

The average weighted expense ratio for U.S. ETFs remains steady at 0.19%. However, due to increased assets, the projected 12-month revenue from expense ratios has increased to a new high of $7.944 billion, up from $6.83 billion in December 2018. 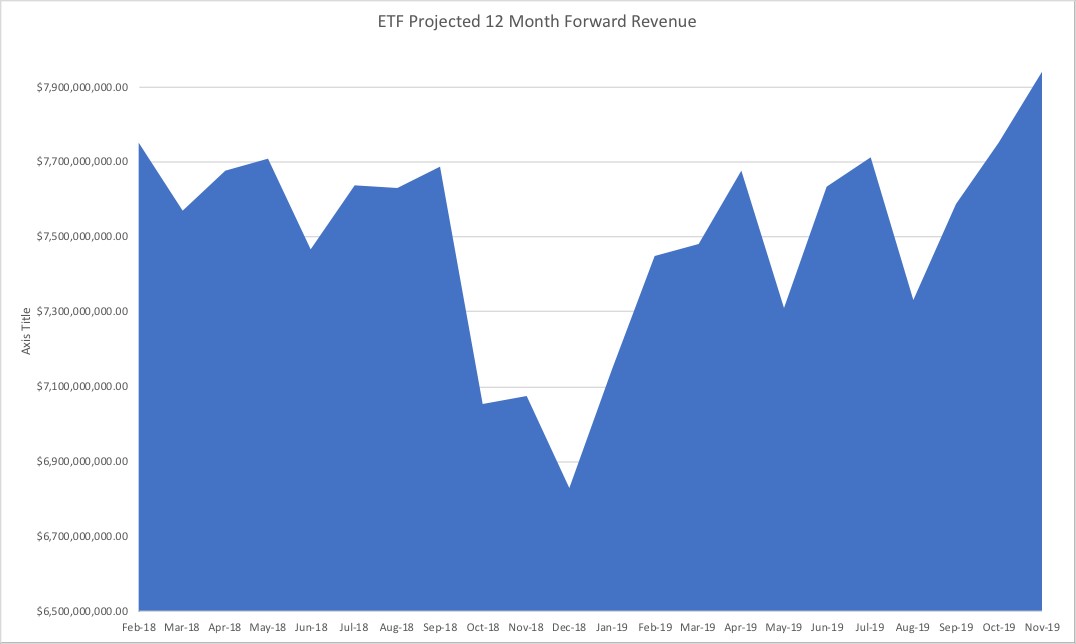 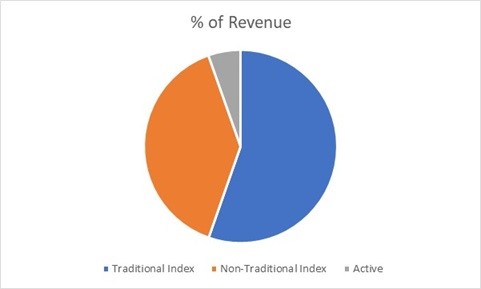 The Number of Branded Issuers Consolidating