Smart Beta and Betting on Unicorns 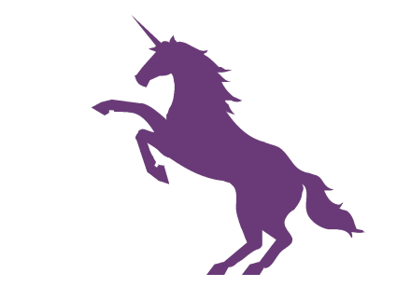 Smart beta is the popular buzzword that describes an emerging trend of alternatively weighted indexes in the ETP world. This catchy term implies a panacea and evergreen solution to some of the common issues often associated with traditional market cap indexing. If this were the case, just like unicorns, the Holy Grail and the fountain of youth provide mythical solutions to our biggest concerns; smart beta should solve our investment conundrums. Still, even myths have value in our society. So let’s be clear and understand what smart beta is and how it should be used. Trying to define it clearly and succinctly is difficult. A web search provides only one independent definition.

Smart beta is a rather elusive term in modern finance. It lacks a strict definition and is also sometimes known as advanced beta, alternative beta or strategy indices. It can be understood as an umbrella term for rules based investment strategies that do not use the conventional market capitalization weights that have been criticized for delivering sub-optimal returns by overweighting overvalued stocks and, conversely, underweighting undervalued ones. Smart beta strategies attempt to deliver a better risk and return trade-off than conventional market cap weighted indices by using alternative weighting schemes based on measures such as volatility or dividends.   Smart beta refers to an investment style where the manager passively follows an index designed to take advantage of perceived systematic biases or inefficiencies in the market. It therefore costs less than active management, since there is less day-to-day decision-making for the manager, but since it will, at the very least, have higher trading costs than traditional passive management (which minimizes those costs), it is a pricier option. (Source: Financial Times Lexicon, March 2014)

So based on this definition, it appears that any form of alternative indexing; such as equal weighting, factor based weighting, business characteristics, and other dynamic indexes would fall under the broad catchall basket of smart beta. Toroso believes a narrower definition is warranted here to provide the necessary transparency that avoids confusion and overlaps in the construction of well diversified investment portfolios. For our clients, Toroso defines smart beta as a subset of non-traditional indexing focused on weighting indexes based on clearly understood fundamentals.

Where Did Smart Beta Come From?

Before we review this category in greater detail, there is one question few have asked; how did this non-traditional ETP craze get started? Is it as simple as trying to get downside protection against future 2008-like environments? If so, why is everyone convinced this smart beta methodology as a whole can offer downside protection? Does it all boil down to the simplest of Wall Street slogans – Buy low, sell high? Probably – but do the smart beta strategies work all the time?

In a traditional market cap weighted index, when an investment constituent is relatively small within its universe, it has a similarly relatively small weighting in its index and more than likely trades at the appropriate price for its specific fundamentals. As the investment grows in proportion to its universe, it increases its weighting within that index and, consequently, can trade more based on the fundamentals of the index as opposed to its own fundamentals. Bubbles are formed as areas of a particular investment universe grow to large portions of the entire universe.

For example, look at energy stocks in 2008. We saw the energy sector climb from a representative level of 7% of the S&P 500 Index in 2006 to as much as 16% in the spring of 2008. Did the profits of these energy companies grow similarly over those years? Did their dividend payments? Would energy stocks have grown to as large of a portion of the index if it were weighted by their profits or dividends, equally weighted, or weighted by the investment’s contributed risk to the overall universe (risk parity)?

Weighting the index by almost anything other than the market cap size of the companies, should, theoretically, provide an opportunity to increase your allocation in a particular investment within the index when a security is relatively undervalued and trim that security’s allocation when it’s relatively overvalued. Nice theory, but the various practices have not proven to be consistent in providing the expected results.

Defining smart beta through exclusion as seen earlier in this Commentary obfuscates the actual methods of indexing and can lead to misunderstanding by the ultimate client or investor. Again, let’s look at common definitions. According to the Merriam-Webster Dictionary, the word “smart” when used as an adjective means showing intelligence or good judgment. And “beta” is a measure of the risk potential of a stock or an investment portfolio expressed as a ratio of the stock's or portfolio's volatility to the volatility of the market as a whole.

In the Appendix, we provide an outline of the non-traditional indexing universe and some simple definitions for each. The five main categories we use with our clients are business characteristics, equal weighted, factor-based, risk parity, and smart beta. The smart beta category implies the resulting index includes an almost complete representation of the market, such that you should expect at least market returns or beta, with the opportunity for some alpha derived from the smart use of fundamental weighting of the securities in the index.

One additional “smell” screen for Toroso’s smart beta category is whether it can reasonably be considered a full replacement for its underlying market beta. This excludes some strategies that would normally be bucketed within smart beta because they are run as highly concentrated strategies (e.g., 20-40 holdings). That might be a great source of alpha (or risk adjusted returns), but might not necessarily be a suitable replacement for the entire asset class. The key, in our opinion, is that smart beta is a subset of alternative indexing focused on fundamentals, not the entire universe of alternative index methodologies.

In theory, using indexes that weight securities on fundamentals like Price to Earnings Ratios(P/E), Price to Book Ratios (P/B), Yield, Sales, Revenue, Return on Assets (ROA), or Return on Equity (ROE) should produce returns superior to traditional indexes with very high correlation to the market, or rather, risk adjusted returns. With that said, branding this concept as smart beta implies an evergreen superiority and ignores perhaps what Toroso believes is the single most important covenant to investing: Investing is a social science.

Some examples: As access to real estate investment vehicles increased in numbers and ease of use, we saw correlations between real estate and equities rise, eliminating the diversification benefits. As access to gold bullion increased through ETPs, we saw the historically strong inflation benefits of gold miners erode. As access to futures based volatility ETPs grew, we saw persistent contango in the market grow from about a 50% probability up to a 70% probability. The concern we have with smart beta is that, like all static methodologies imposed on social systems, they are doomed to see minimized return advantages as they succeed in asset gathering. As the investment landscape changes, an investor must monitor the continued efficacy of the different index strategies used.

Using the data compiled by ETFdb.com, Toroso established a universe of so called smart beta or fundamentally weighted ETFs. The composite includes 192 of the 818 ETFs that are passive, non-leveraged equity ETFs. Surprisingly, although fundamental weighting ETFs make up almost 23.5% of the available product they only represent 11% of the assets. In addition, it is important to note that the overwhelming focus on various dividend weighted indexes represents close to 75% of this smart beta universe. Also, the average weighted fee for these ETFs is 40 basis points (bps) versus 25 bps for the rest of the equity ETF universe. Finally, the universe of fundamentally weighted ETFs currently includes only 5 of the 199 fixed income products available today. Passive, fundamentally weighted, fixed income is an area where Toroso sees enormous need for product expansion and asset gathering opportunity considering the current low interest rate environment and high government debt load when compared to historical averages. A non-traditional weighting could be argued as even more applicable to fixed income markets than equities.

So stop betting unicorns and focus on finding the right horse for the current race.

This material is provided for informational purposes only and should not be considered an individualized recommendation or personalized investment advice. The investment strategies mentioned may not be suitable for everyone. Each investor needs to review an investment strategy for his or her own particular situation before making any investment decision.