A Ridiculous Question on Passive Investing

Fear mongering in the financial media

Over the past month, the financial media has once again engaged in ETF fear mongering with a constant barrage of articles about the “passive bubble.”  This renewed focus and blame-game was sparked by a few out of context quotes from Michael Burry in a Bloomberg article:

The passive bubble discussion is not new

A number of ETF Think Tank members have encouraged us to enter the debate, considering we have covered the passive bubble discussion many times before with data from our research tools.  Last fall we looked into the most over-owned and under-owned securities by ETFs in our “Politics of ETF Influence” research note: 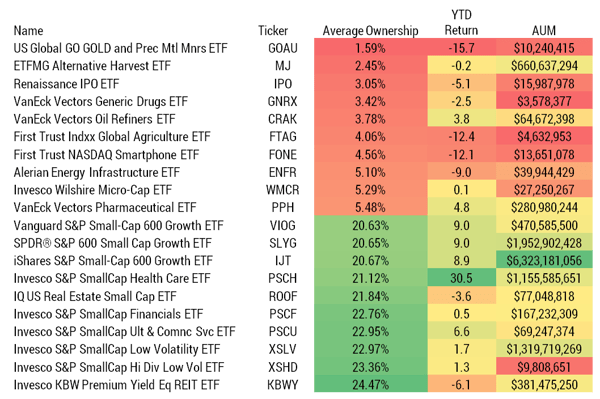 In short, we believe the question of whether ETFs are causing a bubble is ridiculous and reminiscent of the absurdly funny scene from the iconic comedy “The Office”.  A must watch below.  Our ETF Think Tank research shows that the data doesn’t support the narrative, furthermore we contend that the transparency benefits of ETFs are not the primary cause of bubbles but rather are exposing bubbles created by herd investing or government intervention. 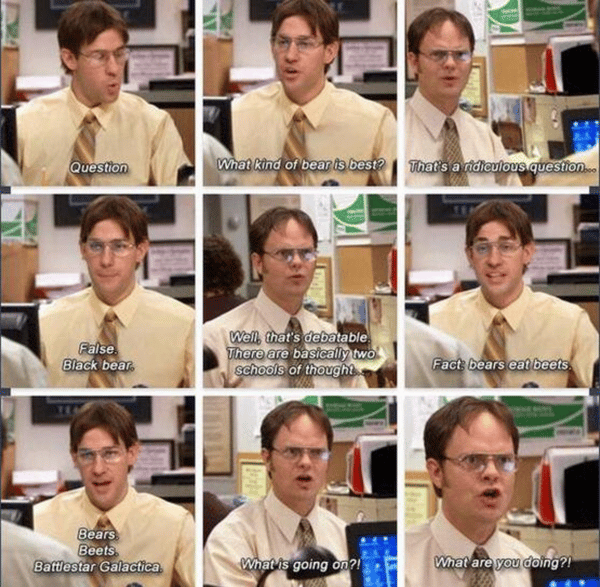 The self-referenced absurdity in this Office scene is inherent in the question of passive bubble creation. Not only is the question ridiculous, but the entire conversation is without context. “Facts” are assumed or declared without evidence. Take the assertion, within the Bloomberg/Burry article, that the passive wave of assets is somehow responsible for the mis-pricing of Gamestop $GME because it is not in the major indexes. We immediately discovered using our ETF Think Tank ETF Ownership Influence App that $GME is actually extremely over-owned by ETFs relative to the average US equity. 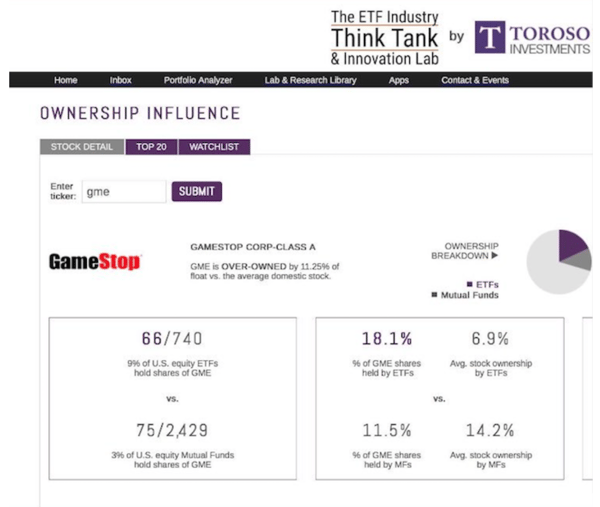 A number of other ETF nerds have furthered the conversation by bringing context and facts to the discussion.

Ben Carlson wrote: Debunking the Silly "Passive is a Bubble" Myth on his blog,

Larry Swedroe wrote: Talk of a Passive Bubble is just Hot Air on his blog,

Nate Geraci called it: ETF Fear Mongering on his blog,

Simply declaring something a fact, doesn’t make it true. Further, linking two coinciding events does not prove causality. That is the best way to describe the second Bloomberg interview with Burry that focuses on passive investing’s effect on Japanese equities:

This interview expresses our biggest concern with ETF fear mongering: the linking of government-fueled dislocation in market prices to a passive scapegoat. Essentially, ETFs should be applauded for their transparency, which allows investors to identify bubbles rather than be blamed for providing access in the first place. At the ETF Think Tank, we believe ETFs can identify bubbles, ETFs can provide investors ways to access bubbles and, in some cases, inflate valuations in small sub-sectors or factors. The passive-aggressive headlines of “CDO” like contagion, obscure investors from the facts, benefits and true pitfalls of index investing.

We thought we would also share some thoughts from ETF nerds that brought data in support of Burry’s argument.

Ben Hunt likened the reaction to the Burry articles to the old time TV show, I've Got a Secret on his blog,

So, What’s Going On?

We took the passive bubble argument to a logical conclusion: If it's real, it has to burst at some point. So, we asked the Fintwit world:

Assuming the “passive bubble” is real, what would you short to capitalize on the “POP?”

As you can see, investors aren’t clear on how to capitalize on the “passive bubble.” Probably because the fears of a broad-based passive bubble are overstated. We agree with the small majority; short the over-owned sectors that ETFs have identified as bubbles whether or not causality is implied.

Here is what we see: