The ETF Think Tank team just returned from a week in South Florida after attending #InsideETFs and visiting multiple family offices to promote ETF education. Usually, we do a recap of the event, but this time we want to focus on a subject that permeated many of the panels and our discussions with family offices: Active Non-Transparent ETFs or “ANTs.”

What’s in a Name?

First off, the concept of a semi-transparent ETF has been sought by innovators and reviewed by regulators for over five years. The name for the offerings from companies like Precidian and Blue Tractor have been in flux, as the service has two consumers. The first consumer, active managers, have been hesitant to enter the ETF space primarily for fear of fee compression and the need to disclose holdings daily, may find the term ‘non-transparent,’ appealing. On the other hand, the secondary consumers, investors, gatekeepers, research firms, and some liquidity providers prefer the full transparency, which calls into question the commercial success of this wrapper. That said, in early December 2019, Rachel Evans dubbed these offerings as ANTs, to highlight the active component and to some degree de-emphasize the “non.” We believe that if these ANTs do succeed, this acronym will stick and foster growth similar to proliferation of the catch-all term “smart beta.” 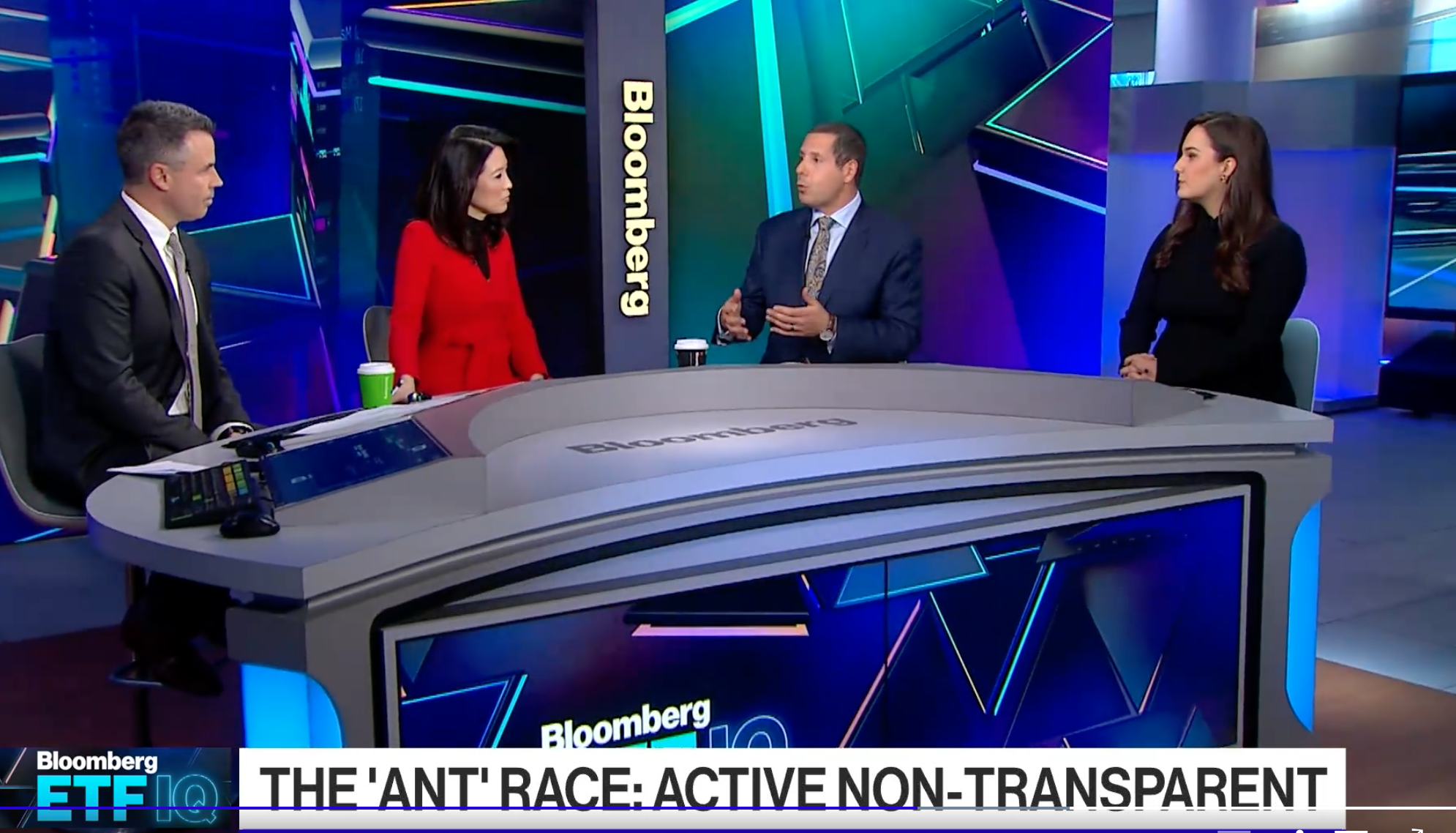 We covered this story in the past with some important takeaways from Dan Weiskopf the @ETFProfessor:

According to Bloomberg, the first ANT ETFs are set to launch this week from American Century, which licenses the Precidian relief. This form of semi-transparency is the delayed reporting methodology. There is also a lot of buzz about the Blue Tractor process approval, which essentially shows the holdings but not the weights in the portfolio. Now, the true test of commercial appeal for these and other structures begin with raising assets.

In our research, the ETF Think Tank has often touted transparency as one of the key client alignment growth factors for the industry. We have also seen firms like ARK and Davis embrace that transparency and use it to promote their funds in a way that can’t be done with delayed reporting of traditional mutual funds. For example, every time Tesla has volatile day (Up or Down) someone from ARK’s team is available to comment publicly, since their actions on the position are public. Furthermore, as our research team spoke with family offices, we learned that most weren’t even aware that “Active” ETFs existed, but quickly noted that the transparency they receive today from SMA’s would be necessary for them to even consider an active ETF.

The ANT Colony could be the Best of both Worlds

Last week’s meetings confirmed for the ETF Think Tank team that use of ETFs is still in the infant stages for family offices. That said, the use of Fund-of-Funds (FOF) is still in full force. When thinking of the ANT innovation and the access to FOFs enjoyed by institutions, our team inferred a logical permutation:

We would love to hear what our fellow ETF Nerds think of this idea, and want to thank: @TomHendrickSun for consolidating so many nerds to one site www.ETFNERDS.com 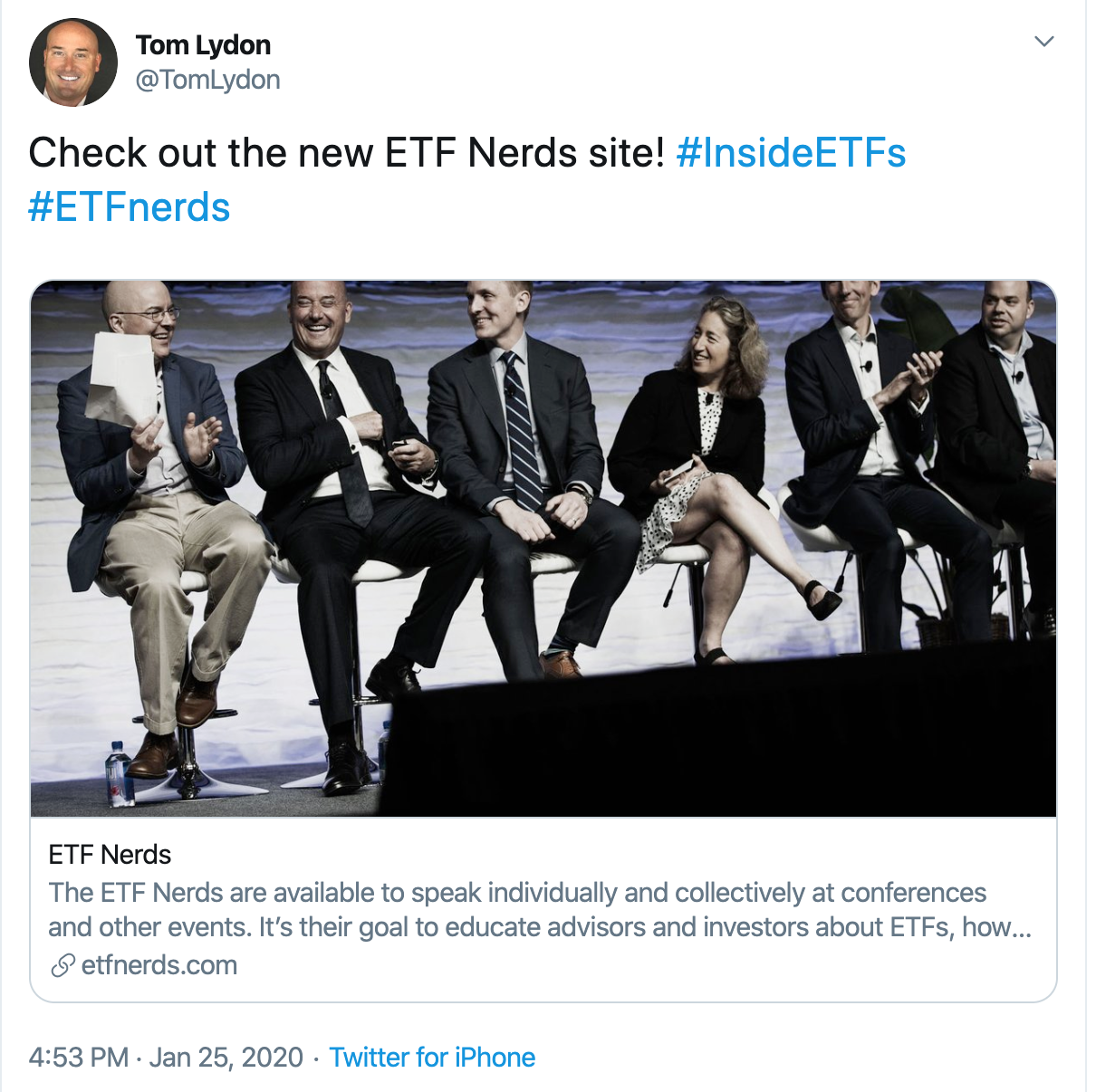